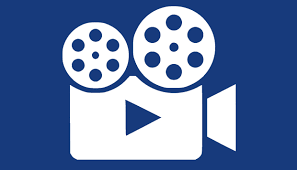 It’s not that long ago that we had to roll in a TV on a trolley to show video to students. Having access to YouTube has transformed my teaching over the last few years. Rather than the educational videos of yesteryear, we can now show authentic language which really engages students and lets them listen to a range of voices. In the current climate, when there will be no school trips for a while, it is also nice to have a glimpse of different countries!

There is some great content on YouTube which is produced specifically for language learners. I am a fan of the Easy Languages channel. My GCSE class watched a great video on Easy German about refugees. The content was current (filmed last year) and the German/English subtitles made it accessible to all students. Similarly, I have found a useful video about Halloween in France which I will be able to use with a Year 8 group because of the subtitles. In this video, it is clear that Halloween is not really a big thing in France, so it will help my class understand that not everyone does things in the same way.

Another excellent source of videos which can be used in a classroom are on the Coffee Break languages channel. These videos typically focus on one question which is asked to a range of people. Their responses are shown twice, the second time with subtitles. They are great for exposing the students to repetition of the same phrase. There is the added bonus that all the videos seem to have been filmed on a lovely sunny day, brightening up my classroom!

I have also found that even the shortest snippet of video can engage students. In Google Slides and Microsoft Powerpoint, it is easy to format a video so that only the required 20 seconds of the video plays. My Year 8 class enjoyed a 20 second clip of Emma Watson speaking French. It doesn’t matter if students can’t understand every word. Similarly, you can play a video of a vlogger discussing food or apps or whatever to get students to guess the theme of the lesson.

St Alban and St Amphibalus' shrines looked beautiful in the candlelight last night🕯️ Thank you to everyone who came to #CathedralsAtNight @engcathedrals
We're hosting another event on 20 August if you'd like to experience the atmosphere too - more info: http://ow.ly/lbyo50FGYaj

The Royal National Lifeboat Institution has saved over 142,700 lives at sea.

You are shameless chancer who, after failing to become an MP seven times, says anything in exchange for cash on Cameo.

Have some respect for the heroes on our lifeboats and delete this garbage.

Could you be eligible for Healthy Start?

You might be missing out on support to provide your children with fresh fruit and veg.🍉🥦

Finding out if you are eligible takes only two minutes:👇 https://endchildfoodpoverty.org/healthy-start

This website uses cookies to improve your experience while you navigate through the website. Out of these, the cookies that are categorized as necessary are stored on your browser as they are essential for the working of basic functionalities of the website. We also use third-party cookies that help us analyze and understand how you use this website. These cookies will be stored in your browser only with your consent. You also have the option to opt-out of these cookies. But opting out of some of these cookies may affect your browsing experience.
Necessary Always Enabled

Any cookies that may not be particularly necessary for the website to function and is used specifically to collect user personal data via analytics, ads, other embedded contents are termed as non-necessary cookies. It is mandatory to procure user consent prior to running these cookies on your website.